Two local WWII heroes will be honored in bronze

Two local WWII heroes will be honored in bronze 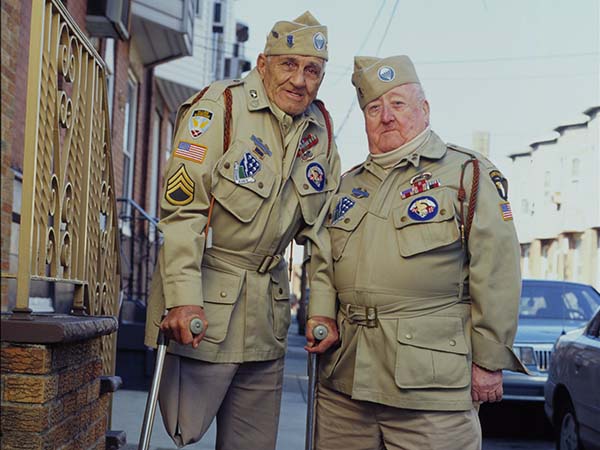 Seventy years ago, he parachuted into a ferocious gun battle raging across the town square of Sainte-Mere-Eglise. Everywhere, buildings were ablaze and bullets zipped through the air.

Army Sgt. William "Wild Bill" Guarnere couldn't wait to get into the fight during the Normandy invasion and avenge his brother Henry, killed by the Germans in Italy.

He later parachuted into Holland with fellow South Philadelphia native Edward "Babe" Heffron during Operation Market Garden, one the largest drops of airborne troops in history.

They also fought together during the Battle of the Bulge, where Guarnere lost a leg to artillery fire while trying to save a comrade.